From the Cathedral follow the street of San Julián, of La Feria, cross the Jardinillos and the Recinto Ferial on the right hand side, continue along the Lérida street, when you reach the street Virgen de Monserrat turn left and at the roundabout turn right onto the Constantino Romero street, where you will find the first arrows. The path goes alongside the Campollano Industrial Estate and the shooting range, from the Cathedral to Casas de Nava Blanca 5.0 km, from here the path runs between grain fields, after 5 km more, the path turns right and very close is the Urbanization El Trigal, the path continues parallel to the railway track, leaving on the right of this Albasol urbanization and the Torobizco industrial estate; After a few metres, turn right and look for the A-31 service road, which, crossing the Garysol industrial estate, will bring us closer to the town of La Gineta by taking Calle Real. So far we have walked 20.1 km.

The name ‘gineta’ seems to come from a tax paid by the cattle. The street of the Church leads us to the Church of San Martín, which is worth visiting, is Gothic with Renaissance additions of the sixteenth century.

La Gineta belonged to the Order of Santiago and had a pilgrims’ hospital.

At the end of this street, turn right until you find the N-320 that goes to Tarazona de la Mancha, follow it for about 100 metres, turn left along the Camino de la Roda. Follow the local road towards Montalvos for 30 m. At this point, turn left along a wide path called Camino Rural de los Romanos, for approximately 2 km and then turn left. After about 200 m, turn right towards the West, ignoring the paths that cross, along the way to La Gineta, passing by Casa de Mari Hernández, Casa del Monte and Casa de los Pinos. After 1.5 km, cross the Tajo-Segura channel over a bridge and continue in a westerly direction until La Roda. 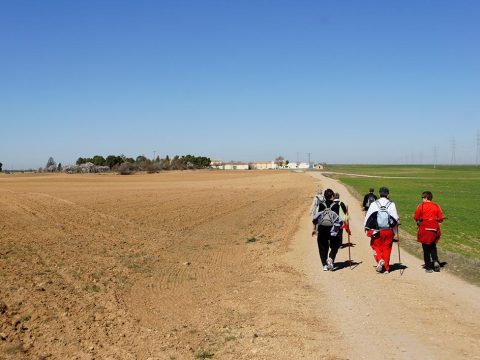 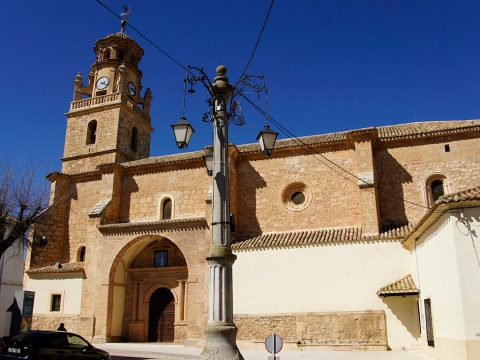 You enter La Roda via the overpass over the motorway, cross the regional road to Tarazona and, along Calle San Ricardo, you come out onto the main road or street Alfredo Atienza. It is worth taking a walk through its streets to contemplate its emblazoned houses and visit the church of San Salvador with its chapel of the Purísima and its plateresque altarpiece in stone, as well as the house of the Inquisitor or house of the Atienza, the palace of the counts of Villa-Leal, rococo style, the house of the Alcañabate of the seventeenth century, the Posada del Sol of the eighteenth century, and so on. This Manchego village should not be abandoned without tasting the famous “Miguelitos”, delicious cream pastries and puff pastry. 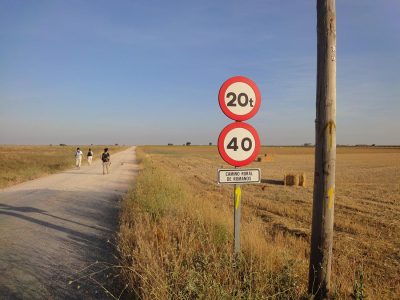 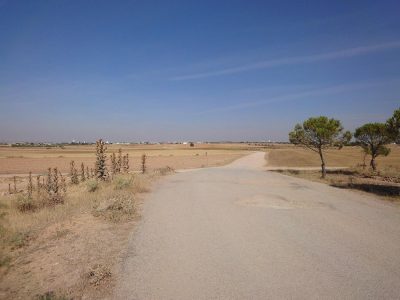 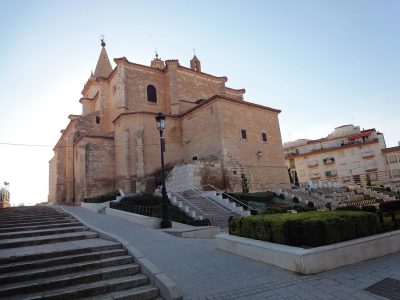