You leave on a concrete track towards the Sanctuary of the Virgen de la Tuiza, declared an Asset of Cultural Interest, which today is under the Motorway. There is a fountain, picnic area and shadows to rest. It is said that the Galician reapers when they returned on foot along this path left their sickles as an offering to the Virgin. The rivers Pedroso and Tuela meet at the foot of the sanctuary. The path climbs to the right as if it wanted to enter the dual carriageway and runs parallel to it for about 200 metres, then goes to the left with a slight descent to begin to climb gently as well. The path takes you to the summit in the shadow of the Searas Novas, always to the left of the road and the dual carriageway, until you reach Portela de A Canda at an altitude of 1,262 metres. You will begin to find the signs of the Galician sculptor Carballo installed by the County Council of Ourense. On the old road, 20 metres to the right, there is an old monolith with a fountain included.

From here follow the signs to the small village of A Canda, along a path to the left of the abandoned road, to enter it some 800 metres before the village.

A Canda marks the entrance to Galicia, although its influence had already been felt since Requejo. The village of A Mezquita, flanked by A Asomada of 1,458 metres and As Gorbias of 1,262 metres, is a small village without services, belonging to the municipality of A Mezquita. The church is dedicated to La Magdalena.

The path runs between a wooded area and a clear area next to the railway line, which crosses underneath and then moves away towards Vilavella. In this section, the Xunta de Galicia and the Diputación de Orense have prepared the difficult steps with granite slabs that facilitate the journey. 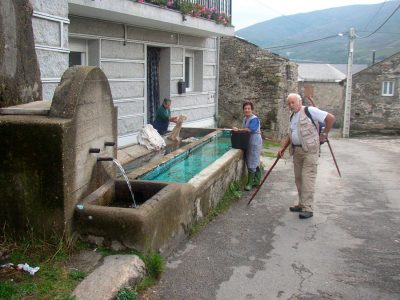 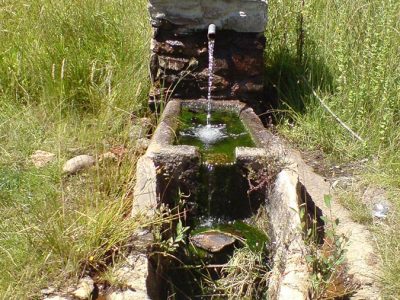 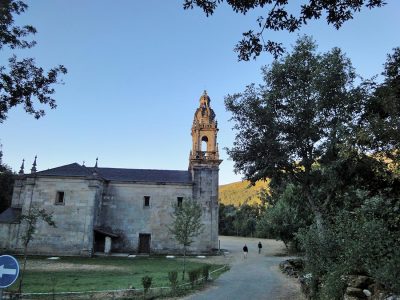 It is a population of the City Council of A Mezquita and the region of Viana. Its baroque church is dedicated to the Virgen de la Cabeza and its chapel to the Santo Cristo.

You leave on a path that is sometimes flooded, between meadows, oak groves and heather, to reach the hermitage of the Virgen de Loreto, whose image contemplates you from a small window, already in the village of San Pedro de O Pereiro.

At the entrance to the village there is a fountain and, around it, the natives who want to talk.

O Pereiro (San Pedro), is a small village with some examples of popular architecture, where the tower of the baroque church stands out over the landscape. It depends on A Mezquita.

The road meanders through granite rocks: if the area is waterlogged, the stones can be slippery. At 4.0 kilometers you cross the railroad track; there are another 2 kilometers to get to 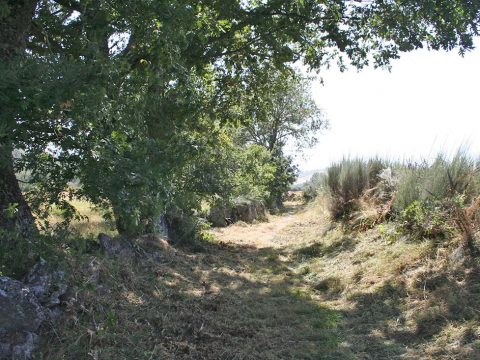 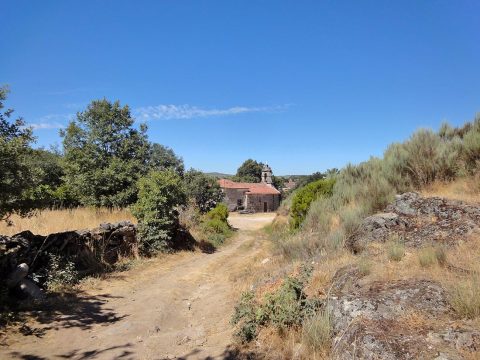 O Cañizo (Santa María), located at the foot of the mountain range, belongs to the Town Council of A Gudiña. The church is dedicated to Nuestra Señora.

You go through the whole village and follow paths for about 2 kilometers: at some point the brooms have blinded the path. Cross the motorway by overpass and continue on the right path towards A Gudiña, passing by a nice building where the Tourist Office was; if you need help, next to it are the Civil Protection services and the Health Centre.

It is an important town, municipal capital, located between the mountains of Peñavisco, Cañizo, A Senra and Penalobos. A place with a lot of traffic and an almost obligatory stop for travellers and pilgrims, it has enough services for them.

It has two churches: the church of San Pedro, in the centre of the town, on the edge of the Camino, and the church of San Martín, baroque from the 17th century and with tombstones around the enclosure, next to the N-525. Here Sebastián Aparicio was born, a missionary in Mexico and later a saint. It has a statue in a square near the church. It is said that this town receives the name of A Gudiña because that diminutive was the surname of the woman who built the Venta that gave rise to the current town.