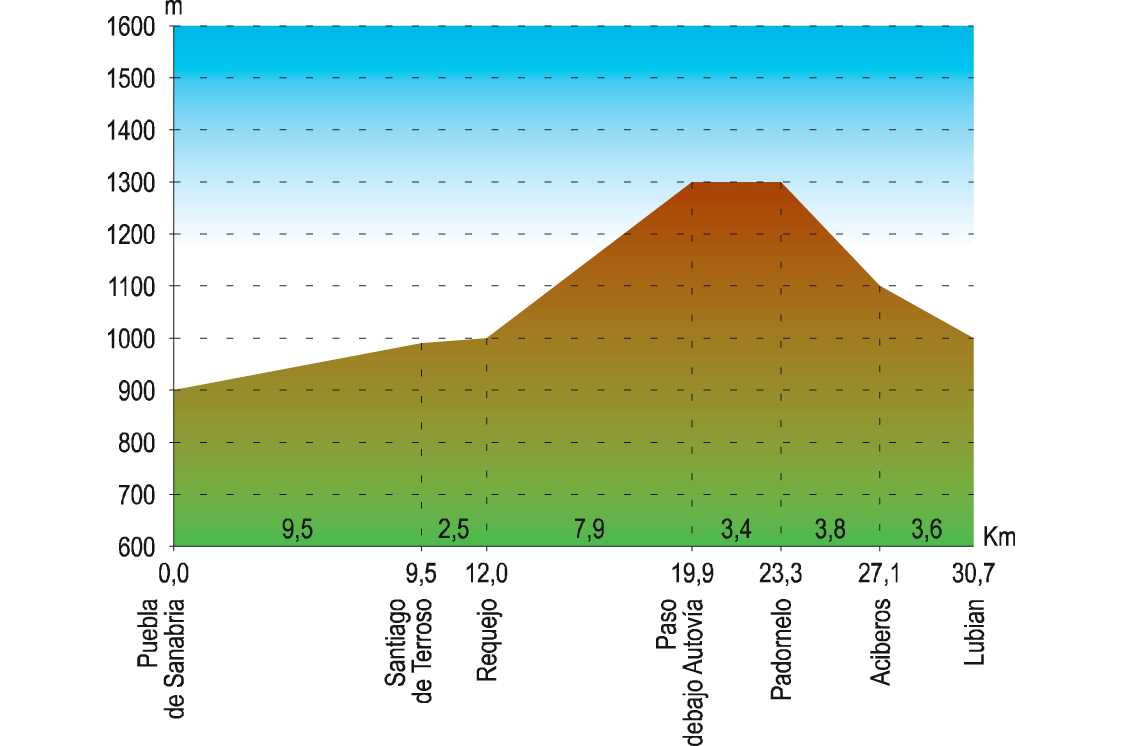 You leave from the west side, next to the castle, and go down until you reach the old road, cross the river Castro by medieval bridge and follow the N-525 towards Requejo. You pass Seat and an Asador; further on, the gravel pit, and although it seems that there is a path to the left, it is an illusion, it is better to continue on the road until kilometre 91, there the path enters on the right along a pleasant path with oaks and chestnut trees that takes you to the church of Santiago de Terroso. On the façade there is a coat of arms with scallops. Cross the road that goes to San Martín de Terroso and continue until Terroso. The road goes between chestnut trees and there is a piece of undergrowth. It ends in an abandoned asphalt track and crosses the dual carriageway by overpass to reach

It is located on the slopes of the Sierra de la Parada, at the foot of the famous Portillo de El Padornelo. When you enter, you are greeted by a fountain of good, fresh water, and that is a gift. In Requejo you will find two churches, one on each side of the road, the one on the right is the parish church, dedicated to San Lorenzo, the one on the left is the hermitage dedicated to the Virgin of Guadalupe. The houses are made of stone and the balconies hang in colours as in nearby Galicia.

In this town the Town Hall placed a sculpture with pilgrim boots and a legend and built a wooden bridge to prevent the passage through the icy waters of the stream that crosses the way.

Turn right onto the asphalted road that takes you to the N-525 and continue along it until 500 metres past the 99 kilometre post, where you will find a path on the left at the height of some salt and sand deposits, before continuing along the path. You border a mound with telecommunications towers, follow this section of the old road, walking like you were drawing an ‘S’, passing under the impressive bridges of the current road and the dual carriageway twice. Shortly you reach the highest altitude 1,450 meters: you are above the tunnels of El Padornelo. Descend, leaving a repeater on the left and the road maintenance offices and snow ploughs on the right. If you look to the right and to your back you will see the exit of the tunnel. 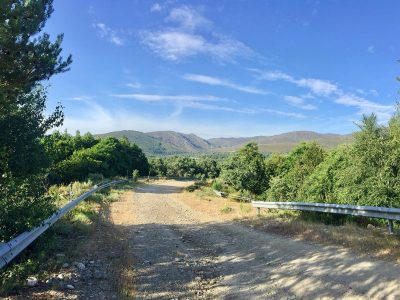 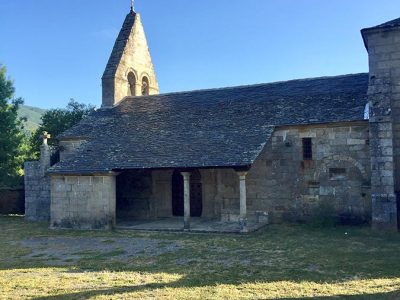 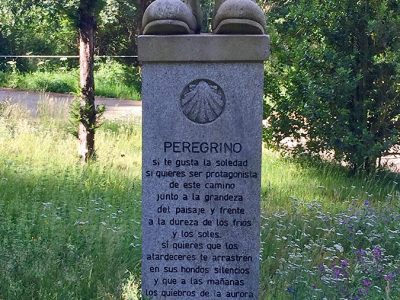 The road leads to the current N-525, at the height of the detour to Aciberos-El Padornelo. Follow this direction passing over the motorways. After a few metres, the path turns left and enters the village of El Padornelo, with a fountain as soon as you reach the first house, a gift of icy and wonderful water.

The hamlet of Lubián, the village is below the road. Its church, of grey slate, keeps the characteristics of the Galician churches.

You leave El Padornelo along the old road to Lubián. Pass in front of the petrol station and the Hotel, and take the detour towards Aciberos. Cross a bridge over the river Leira, which runs deep and talkative. After 500 metres, turn left, the path may be flooded; if this is the case, follow the road.

The path enters Aciberos, a small village in the municipality of Lubián, through the Ermita de Santa Ana, where there is a large carballo, and continues to the 15th-century water mill in Plaza Mayada, where there is also a bread oven. The church of the Virgen del Carmen is on a hill, at the exit of the road. Its few inhabitants are friendly and talkative people, but the village lacks services for the pilgrim.

The path follows a short stretch on an asphalted track and then becomes a path carpeted by the leaves of trees, moss and lichens. It passes over the river Pedro, then under the railway track and, later, over the Arroyo do Porto. A slight slope leaves you in Lubián. 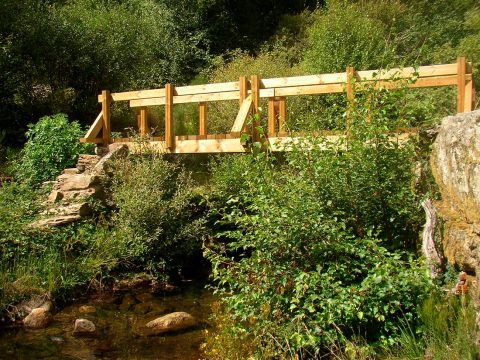 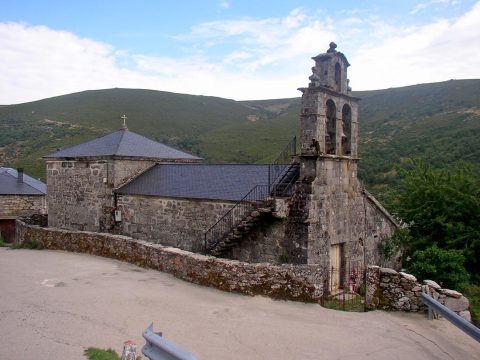 It is the last town in Castilla y León on this road. The people of this town have the name of “wolves” or “lubianés”. The town is located next to the N-525. You can see the church of San Mamed which is of baroque style. Remains of the pre-Roman castro “as muradellas” are preserved.

The first house you find is the pilgrim hostel.