You leave Mombuey in front of the church, along a path that takes you to the old road, walking parallel to it among holm oaks. Cross the dual carriageway by an overpass and continue to Valdemerilla, a small village in the district of Cernadilla. The church stands on a rocky outcrop with external staircases and a large belfry. The wide path brings you closer to another small village,

It is located on a plain on the left bank of the Tera river.

It is passed by the Ermita del Cristo. The church has a portico and an exempt tower, but it does not have a belfry like others in this area. 2 kilometres of concrete track lead you to 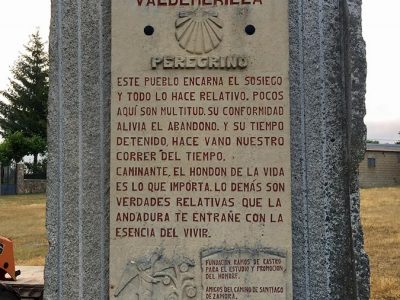 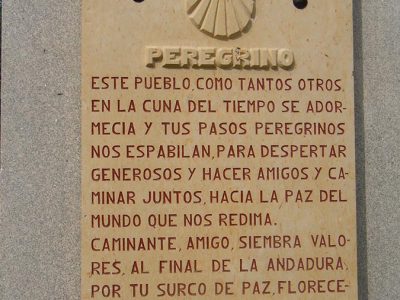 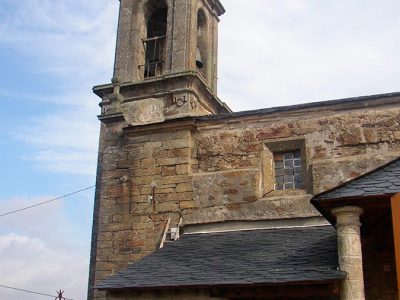 It is a hamlet of Cernadilla, the hermitage of Vera Cruz welcomes you. Already in the village, the church of the Transfiguration of the Señor invites you to climb the stairs of its belfry to contemplate the landscapes and surroundings.

You leave from the church descending gently to ascend again later, always among oaks. After 2 kilometres, take the ZA-P 2641 road and, after walking along it for 300 metres, turn left and, in just over 1 kilometre, take the ZA-L 2673 to Entrepeñas, a hamlet of Asturianos, a small village on the edge of the Cernadilla reservoir. Walk a few meters to go immediately to the left and continue to the bridge over the dual carriageway. There are about 1000 meters left until

It is located on both sides of the N-525. The Church of the Asunción welcomes the pilgrim, as it is on the same side of the road, before reaching the town.

You leave Asturianos passing by the Ermita del Carmen. The road crosses the village and leads to the national road.

After about 200 metres, turn right onto the track that goes to Villar de los Pisones and turn left again after 50 metres. After about 2 kilometres, cross the track that leads to Rosinos de la Requejada. A little further on, in Palacios de Sanabria, you pass next to the Ermita de La Piedad. At 1 kilometre you cross the Arroyo de Porto and then the road to Vime de Sanabria. After 50 metres, turn right onto the Robleda-Cervantes road and you will reach Remesal.

Leave the village along the cattle track, which is full of undergrowth in some sections. You reach the service road and a small embankment as a result of the overpass over the dual carriageway; you go down and cross the bridge over it. Turn right, along an oak-lined path on one side and the dual carriageway on the other. You will reach another small bridge over it, which you will go around to continue in the same direction to another bridge and then to the asphalted road that joins Otero de Sanabria (on your left) and Triufé. You do not enter Otero but, if you are interested, there are two interesting churches in Otero: one in the centre of the village, to the right of the road, which preserves a large part of its primitive Romanesque construction (the canecillos are of excellent construction) and another, which is at the exit of the village, to the left, towards Puebla de Sanabria, with two slender Baroque towers, the Ermita de los Milagros, ahead of those that are later found in Galicia. Continue along the road to Triufé, which is 1.7 kilometres away. 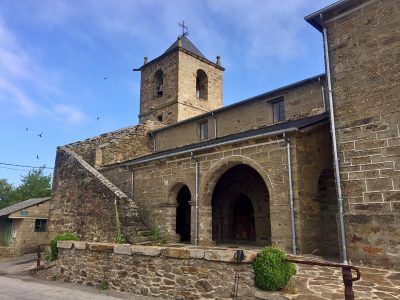 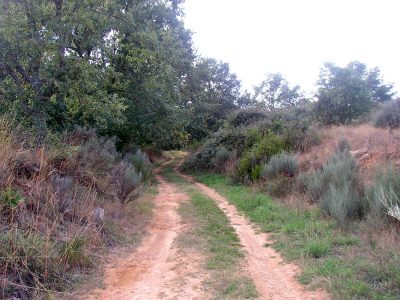 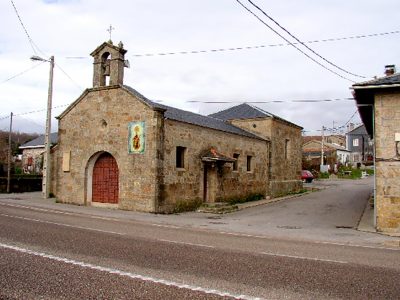 It is one of the characteristic villages of Sanabres, both for its generous nature and for the traditional architectural model of its buildings. It is a small town that is crossed passing in front of the church, then turn left to continue on asphalt. Then you pass over the dual carriageway and continue until you reach the N-525, at the height of the EnriMari Hotel.

Cross the road and go to the roundabout by the shoulder, where you turn left to enter Puebla de Sanabria crossing the bridge over the Tera river.

It occupies the place of the old Celtic settlement. It is climbed by a staircase from the river. Above is the Romanesque church known as Santa María la Mayor, Nuestra Señora del Azogue and Nuestra Señora de la Asunción. In it four rustic figures of the western door call powerfully the attention. The 15th century castle, built by Rodrigo Alonso de Pimentel, played an important role in the fights with Portugal. You can see houses with impressive coats of arms, the Town Hall, balconies full of flowers… At our feet the river Tera, born only in the black and deep lake of Sanabria, clean and cold river, bright trout, with memories of shales and silences. 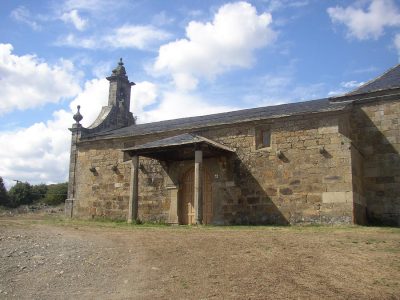 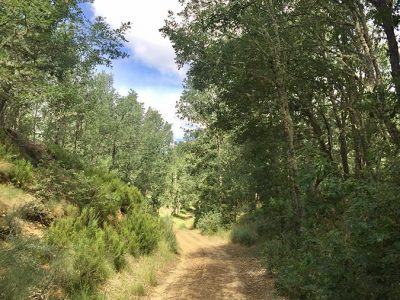 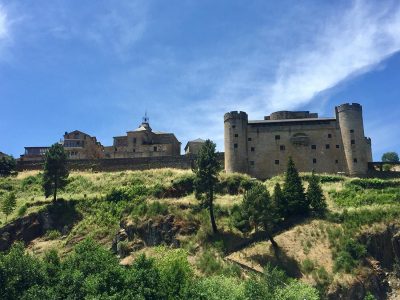 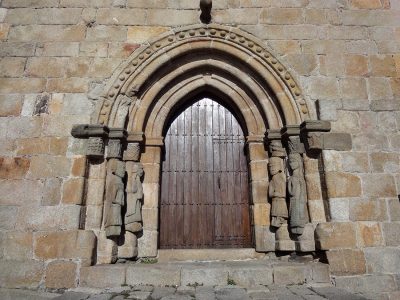 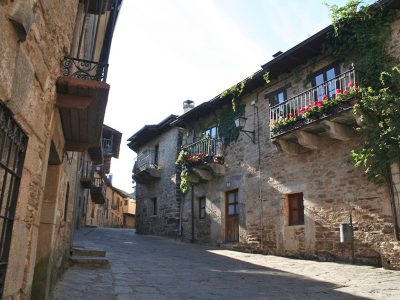 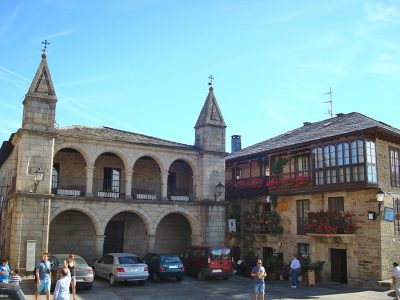