This renewed and updated Web wants to improve the information to the pilgrims of the Way of Saint James.

The stages into which the route has been divided are only indicative, trying that each of them ends in a town that has some kind of service to facilitate the overnight stay of the pilgrim, but is not obliged to follow them literally, as there is always some intermediate place to rest, we must prepare the stages according to the strengths and conditions of each one.

THE WAY FROM VALENCIA TO SANTIAGO

The Camino de Valencia to Santiago or Camino de Levante, as from now, will be posted on the web to facilitate its accessibility to all interested in its use. As every pilgrim knows, the signs must be looked for before a detour or crossing, at the foot of the street (sidewalk, wall or city wall), can be the “yellow arrow”, which will mark the direction to follow, and, within the towns, will be a ceramic with the “scallop”, whose rays (roads) converge at the goal, Santiago. In addition, it must be borne in mind that the Way of Saint James of the Levant is approved, and therefore signposted, as GR-239. The signposting of the “long-distance paths” requires the use of wooden posts with two parallel bands, white and red. In this case, this specific signposting will be associated with the name “Camino de Santiago” and the scallop or arrow, or both.

The stages into which the route has been divided are only indicative, trying that each of them ends in a town that has some kind of service to facilitate the overnight stay of the pilgrim, but is not obliged to follow them literally, as there is always some intermediate place to rest, we must prepare the stages according to the strengths and conditions of each one.

Preparing this edition for the web has been a new challenge for the Association, but this work would not be of much use if the pilgrim, who decides to choose this way to approach Santiago, does not prepare his trip with the attention it requires: It is a less traveled road, yes, but no less gratifying, whatever the reason of the pilgrim to choose it: cultural, religious, spiritual, of adventure, etc, because the word pilgrim does not define only the person who goes to Santiago by devotion, but every traveler who “walks in strange lands” (Dictionary of the RAE, 2001). 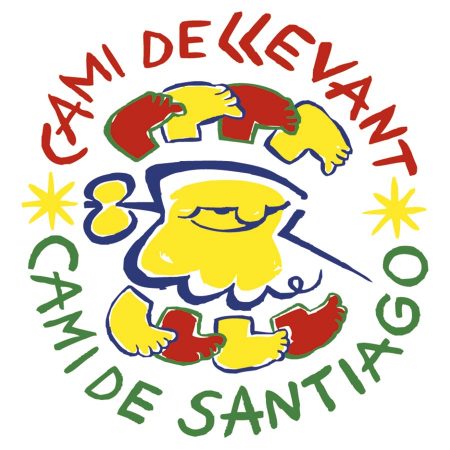 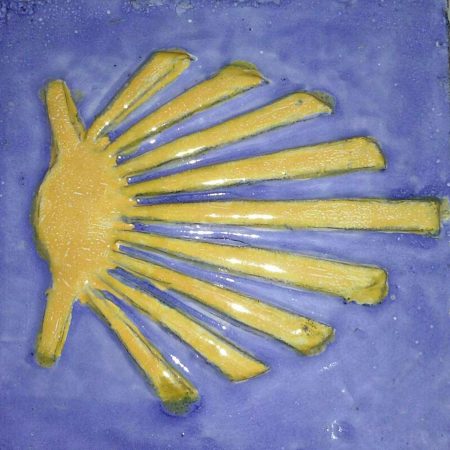 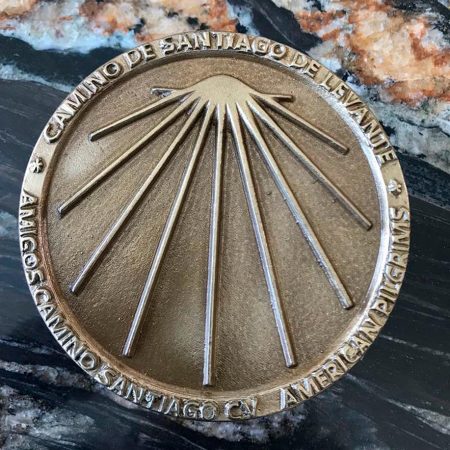 THE LEVANT WAY AS A LONG-DISTANCE PATH (GR)

The aggressions that the Pilgrim’s Way to Santiago has suffered and continues to suffer over the years have as a consequence the alteration of historic roads in favour of what is known as “development”. The Pilgrim’s Way to Santiago de Levante, approved as GR 239, is still the road to Santiago: this name only reinforces and protects it and, should it need to be modified, possible solutions must be studied beforehand.

The certification of the Camino de Santiago de Levante as GR 239 has meant:

When seeking the homologation of the Camino de Levante as a long-distance route, the aim was to provide it with the necessary legal protection so that the future of progress would maintain it, not only as the Jacobean Route to Santiago and Fisterra, but also as a travel alternative for those who want to approach our roots step by step (geography, history, culture, customs). 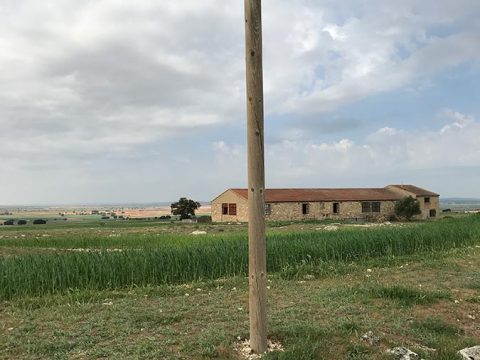 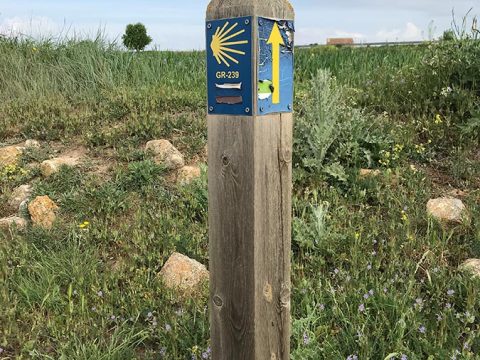 THE CITY OF VALENCIA

Before beginning to describe the Way from Valencia to Santiago, we would like to mention the most important hospitals that existed in the city of Valencia in the Middle Ages (Fig. 1):

All these hospitals, and some others of lesser relevance to the subject at hand, continued to function until the construction of the Provincial Hospital of Valencia in 1512. 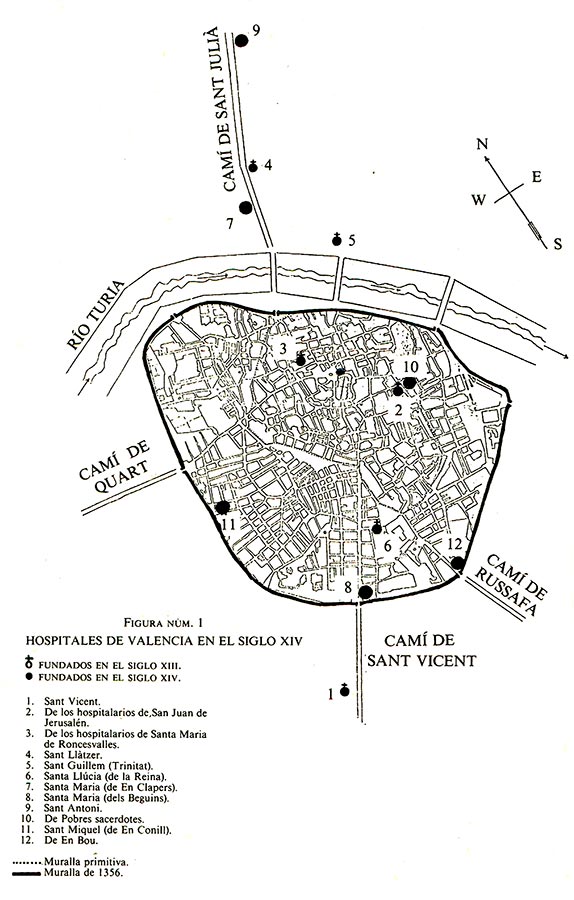 Blessing of the pilgrim

Every pilgrim who prides himself on being one, who is going to leave for Compostela and whatever itinerary he chooses, one of the rites to be carried out is the Blessing of the pilgrim, as it was done in the Middle Ages.

Valencia is a Jacobean city, important in the Middle Ages and important today. The Christian king James I, called the Conqueror, entered the city on 9 October 1238. Fruit of destiny were undoubtedly his own birth and his name, James, which corresponds in Spanish with the name of Santiago. When he entered Valencia, he was accompanied by the knights of the Military Orders, including the Order of Saint John of Jerusalem, his church being the first to be built after the Cathedral. Today it is known as the church of San Juan del Hospital and has an entrance on Calle Trinquete de Caballeros. The complex also consisted of a convent, hospital and cemetery.

From these pages we wish you a good journey, pilgrim!