When you leave Font de la Figuera, you will find the exit next to the old washing place. Go up a small slope called Travesía del Barranc that converges with the Estación de Abajo path. After about 800 m. turn right passing over a small bridge over the new dual carriageway and take the path on the left, continuing along this asphalted path without leaving it, we always straight ahead. Next to the transformer there is a fork in the road, and follow the path on the right that borders the slopes of the Capurutxo. Continue on asphalt until you reach the farm ” Los Juncarejos” up to here 5,6 Km. The path turns left, passing in front of the houses. Continue straight on. To the left stands Mount Cabrera; further on and higher, El Rocín. The road goes straight on. After 8.3 km you reach the Casa del Mojón Blanco (800 m. altitude). There the path turns right. The way continues straight and parallel to the railroad track, which we cross later. After 12.6 km you reach Torre Chica and on the right you see Torre Grande. It is assumed that these two toponyms were once the Ad Turres of the Via Augusta (according to the Itinerario Antonino); today they are labour estates.

The way, white line between the hardly grown cereal, borders both estates and then turns to the left drawing the route until the next nucleus of houses that is called Los Crespos, to the 14,8 Km. It is continued by this way surrounding the Hill Prisioneros until Casas de Campillo. When you reach the houses, take a path on the left that is duly signposted, follow the old dual carriageway for about 100 m and cross the elevated bridge, turn right and follow the path in front of you. Go up a small slope and from here you can see a panoramic view of Almansa and Mugrón. There are 18.8 km to this point. At the next fork, turn left around some industrial warehouses; the path goes straight on for about 200 m. and turns right, crosses the road and continues along this path for about 600 m. until it ends in the Column path. The castle of Almansa is getting closer, you pass the sewage treatment plant, when arriving at the road you turn to the left, you walk along it for about 20 m. and you cross it, entering the Plaza de Santa María by Galileo street. The stage has finished, it has been 27,6 Km.

Its name comes from the Arabic Al- Manzah, which means “the Mirador”.

It was the boundary between the kingdoms of Valencia and Murcia, so its history is linked to the names of Alfonso X and Jaime I. They can be visited: its Arab castle with masonry tower, rebuilt in the 15th century; the convent of the Augustinians, with a beautiful façade and 17th century baroque latticework; the convent of San Francisco, with 17th century Valencian tile plinths; The church of Santiago, annexed to the convent of the Franciscan Fathers, which has a chapel dedicated to Santiago promoted by the Brotherhood of the Apostle of this locality; the Casa de los Cirat, Renaissance style (sixteenth century) with spectacular façade, where the Town Hall is located, and, in the same square, the Church of the Assumption, Gothic style.

Almansa had a hospital for the sick, the poor and pilgrims. 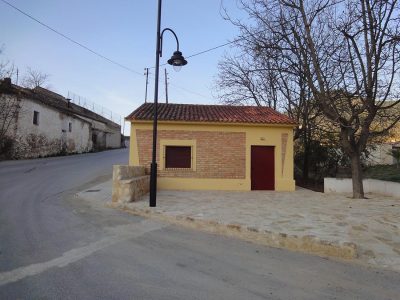 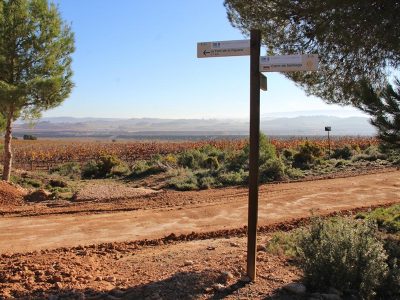 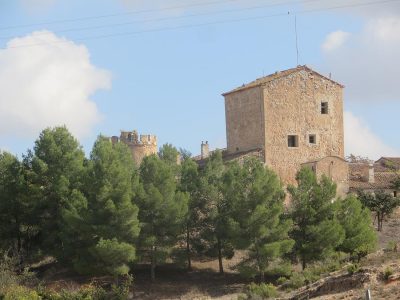 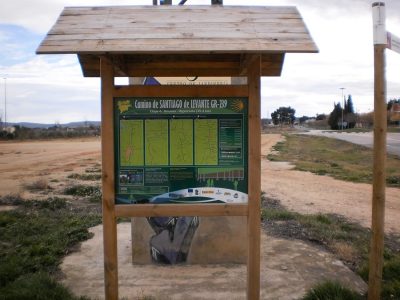 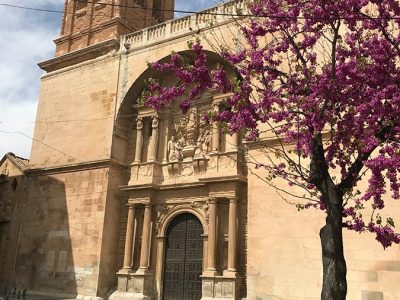 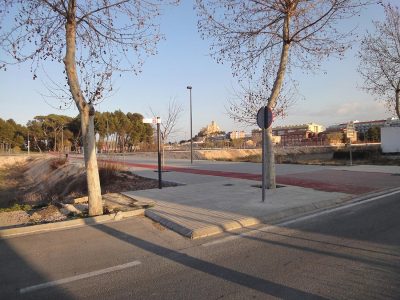