You leave Santa Marta along a path parallel to the road, which goes into the vega del Tera (fertile plain) and almost along the river. The path is a quiet and quiet walk. You arrive at La Barca, a camping and recreational area, and you leave the Camarzana – Pumarejo road, turn left, cross the river Tera and cross to the other side. Now the river is on the right. There are about 5 kilometres to Calzadilla de Tera: the last section runs between the canal and the river.

The church, dedicated to Santas Justa and Rufina, is in a state of total abandonment. At this point, the Ramos de Castro Foundation has placed a monolith, like others found along the way in the province of Zamora. The new church has a curious belfry and houses the baroque altarpiece from the church of las Santas.

Leave Calzadilla crossing the canal and walk all the time along a parallel path until you reach Olleros de Tera. 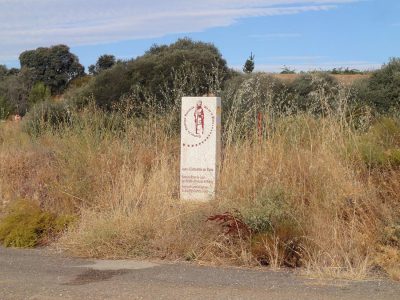 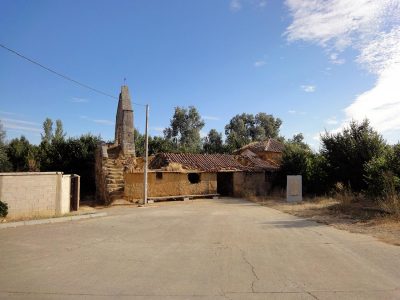 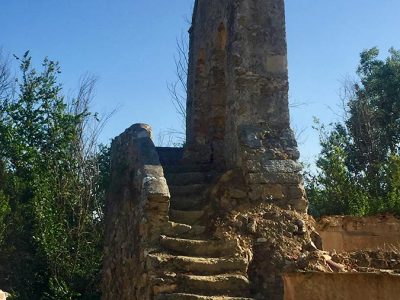 Like other towns in this area, it has adobe and straw houses, normal constructions at the time when those were the materials that existed. It is a dependency of Calzadilla.

There are bars and shops, so if you need to eat, do it here, because until Rio Negro you won’t find anything.

You leave Olleros following the arrow of the church along Las Eras street. On the left and about 300 meters, you will find a poplar grove, turn left and walk following the telephone line. Without leaving this path you reach the Agavanzal dam road, turn right and cross the bridge over it: 4.3 kilometres. On the other side of the bridge, turn left and follow the asphalted road that leads to Villar de Farfón, bordering the Nuestra Señora del Agavanzal reservoir: a reflection of the sun, clouds and a restful silence.If you have chosen to approach the sanctuary of Agavanzal, turn left and forget the paths that go down towards the river, as it is very dangerous: a sign announces that there may be sudden rises in the water level. Follow the path that brings you closer to the poplar grove and the path with the posts of the telephone line, to reach the dam that you cross over the bridge. 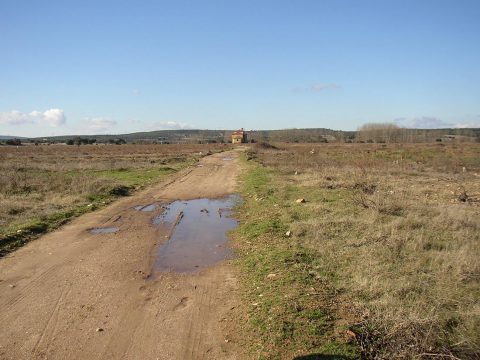 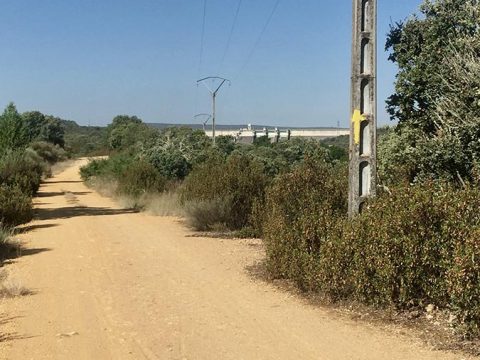 It’s a small, cozy village that you go through. Its church is the most significant building in the small hamlet that makes up the town of Villar de Farfón. In addition, the flooding caused by the construction of the dam of the Nuestra Señora de Agavanzal reservoir caused the loss of the old mills that were located in places of great beauty.

You start a slight climb along a green path, completely waterlogged, which leads to

You enter by the path that goes into the river and is saved by a rustic stone bridge. You climb a small hill and reach the Chapel of the Virgen de Carballeda.

This town is part of the Sanabria and Carballeda region. It had great importance in the pilgrimage due to the sanctuary of Nuestra Señora de Carballeda, also called of the Falifos because their cofrades had the obligation to donate to their death the most valuable garment. With this “falifo”, roads, bridges, shelters and hospitals were built, the total of bridges being 35 and of hospitals 30 hospitals. The current hostel is owned by this brotherhood and is in the building of the former pilgrim hospital.

You leave Rionegro on the street where the old hospital used to be, today a hostel, on the right side of the road that crosses about 2 kilometers, you cross under the highway. Then, cross the local road that goes to Santa Eulalia. Continue for another 6 kilometers to get to Mombuey (don’t get lost with the arrows). 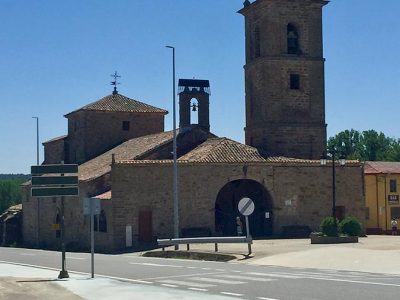 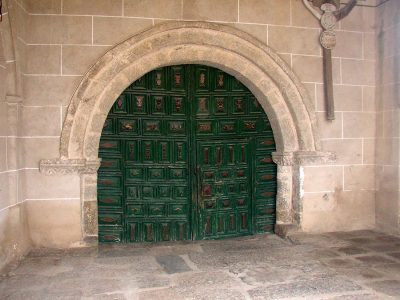 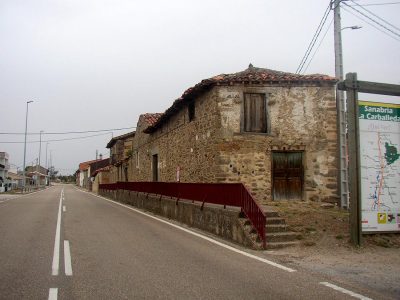 The origin of the population (Monte del Buey) is not well known, but by the middle of the 6th century it already appeared as the geographical boundary of the diocesan territory of Bracarense. In the 12th and 13th centuries, Mombuey belonged to the Order of the Temple and was a bailiwick. An enigmatic work, the Tower, slender, rectangular (2.5 x 4 meters) and pyramidal, remained as a vestige. It has an advanced Romanesque style, unique in its genre. It is built in small ashlars of gray-green sandstone. On a blind base it shows three bodies communicated internally by a wooden staircase. Closing the construction, a graceful capital of curved planes and irregular openings appears, being in its interior a vaulted refuge room that is acceded by an external passage in the form of a very flown balcony that, on two great corbels, also served as a matacan.

The ornamentation is strange: on the capital and on each front, three folded shreds of unknown meaning are repeated, which, however, have a finish similar to that of the existing ones in the vestments of the Romanesque Virgin and of the Crucified Christ, also Romanesque. The capital starts from a cornice adorned with balls, flowers, leaves and anthropomorphic motifs, all carved with great perfection, highlighting the bust of an ox, stone symbol of other cults. The vaulted shelter of the upper part is said to have room for forty people standing (forty is a number frequently repeated in the Scriptures) and its only access is through the balcony, from the outside, although there is no staircase. The tower was never attached to the church (today yes) and has no sign of having served for the defense of the area. Today the tower has been attached to the church as a bell tower and restored with sgraffito typical of the buildings in the area that completely hide the folded shreds of the roof.

The Romanesque Virgin, from the same period as the tower, appeared in 1987 on an open window in the eastern wall and behind a Baroque altarpiece. It is made of polychrome stone: the Virgin holds the Child on her left knee and holds the Apple of Paradise in her right hand. From a somewhat later period, but not of lesser interest, is the Christ. 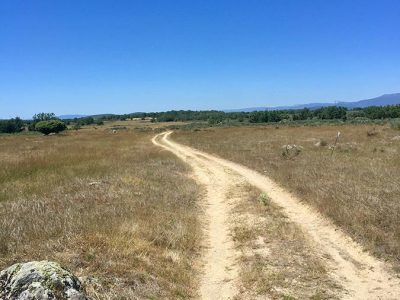 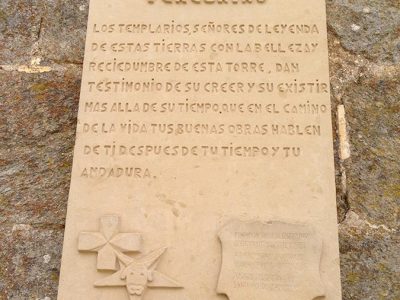 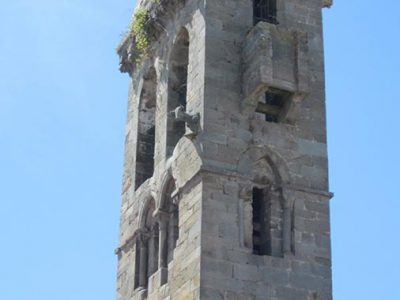