In the last stretch to Zamora you walk parallel to the Duero. Leave Toro through Judería street, Plaza de la Magdalena and Cuesta del Canto up to the road towards Fuente Saúco-Salamanca. Pass a level crossing, cross an iron bridge and, after about 400 metres, follow the path on the right. At the first crossroads, turn right and you will reach the bank of the river that will serve as your company. The path follows the edge of the majestic Duero, turns left and crosses with another, you, on the right. Continue straight on until you reach the road and the Guarda del Canal hut. So far there are 14 km.

Go for 1.5 km along the ZA-P-1102 road and follow the path on the left, then follow a path next to the Canal de San José for about 2 km. Turn right along the cattle track to exit again to the road at the gates of Villalazán.

A small, hospitable village in the Tierra del Vino region. The name could come from the union of the word Villa and the Arabic Al-az-ar (red horse or mare).

The parish church stands out for its architectural singularity in comparison to the rest of the region, as it was built in the nineteenth century. It is dedicated to San Blas. The two columns at the entrance to the church come from the disentailed monastery of the Jerónimos de Zamora.

It is a municipality of Zamora, is part of the region of the Land of Wine. Its name, which has been the subject of several studies, could derive from the settlement in its territory of Mozarabs from Madrid in 932, after the destruction of the walls of the Castilian city by Ramiro II de León, if not even earlier.

The parish church of San Esteban is its main monument. It has a solid appearance, with a transept and reconstructed on top of a previous one, it houses a 16th century crucifix and an image of San Roque from the same century. It has a high altar with San Joaquín and Santa Ana, and another with San Atilano and San Ildefonso. On another side altar is San Antonio Abad and Santa Águeda, next to an 18th century San Antonio de Padua. The main altarpiece is Baroque from the 18th century, and there is another side altar with San Isidro and Santa Teresa de Jesús.

The Town Hall is of recent construction, although in the town centre you can also find stately houses built in stone, and remains of what was the traditional architecture, with modest but beautiful gratings, as well as forge details.

It has Bamba as a hamlet, in its church, the Romería de la Virgen del Viso (Pilgrimage of the Virgin of the Viso) takes place on Pentecost Monday.

From here we follow the route of the GR-14, with which we coincide again until Villaralbo, the route avoids the paved road. 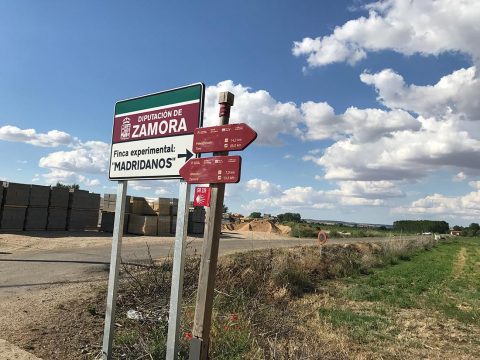 The entrance is through Hilario Tundidor and Julio Luelmo street.

This population is also part of the Tierra del Vino. The archaeological wealth of this area gives an idea of the importance of the civilizations that populated it. It is believed that the name is due to the union of Villa and Alba, since El Alba was a Roman villa located between the present Villaralbo and Villalazán, currently completely destroyed except for a recently excavated necropolis. The municipality of Villaralbo appears as part of a donation by the Queen Doña Urraca de Castilla to the Order of San Juan in 1116.

You can see the church dedicated to the Assumption of Nuestra Señora, the primitive building dates from the 13th century. In the sacristy you can see a reliquary from the early seventeenth century and the parish cross, silver, which collects among others the gilded effigy of Santiago Apóstol.

Pass in front of the church, follow Ochavo street, then turn left to follow the GR-14 Senda del Duero, through the Canal de San José, about 3 kilometres you pass under the A-66, after about 600 metres turn right and leave the old road, pass under the N-630 road, and follow, pass under the railway track, follow Entrepuentes street, cross Salamanca street and go straight on to the stone bridge. 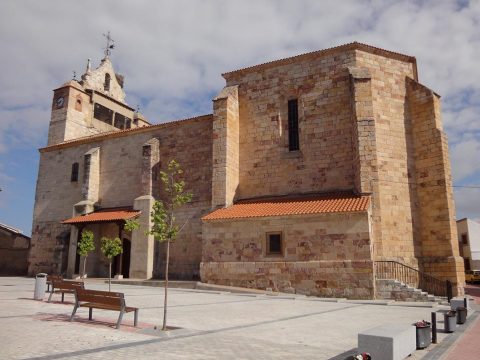 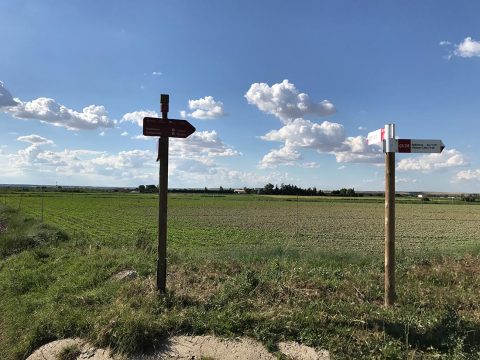 Zamora was not won in an hour,(very popular saying), nor is it seen in an hour. Visit San Cipriano, passing through the old Parador Nacional Palacio de los Condes de Aliste, the 12th century Church of Santiago del Burgo, the 16th century Palacio de los Momos with its splendid Renaissance Gothic façade, the Church of San Juan de la Puerta Nueva which has a rosette in the shape of a chariot wheel and the church of La Magdalena. Zamora was born as a mansio in the Calzada de la Plata, but enters the History of the hand of Viriato. It was definitively conquered by the Christians after the battle of Calatañazor, being rebuilt and repopulated by Fernando I, calling it “Zamora la bien cercada” in his will, who gave it as a fief to his daughter Doña Urraca who would become the queen of the city.

It was, like Ávila, a walled city and still preserves a good part of the walls of the 11th and 12th centuries. Its cathedral is a Romanesque jewel of the twelfth century, so it is known by the name of La Perla, being founded by Alfonso VII in 1135. It preserves the South façade from that period, has a chapel of Santiago and has a solid tower with semicircular windows in its three upper parts. Inside, there is a painting altarpiece by Fernando Gallego from the 15th century and the choir stalls by Juan de Bruselas from 1503. On the outskirts of the city is the Church of Santiago El Viejo or Santiago de los Caballeros, from the 12th century, where it is said that El Cid was knighted. 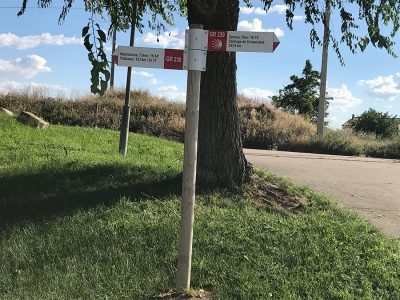 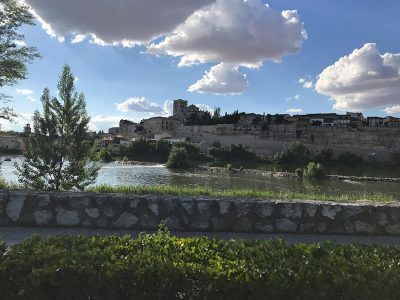 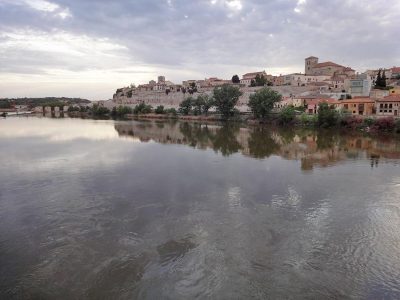 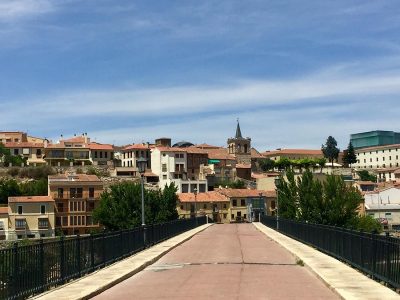 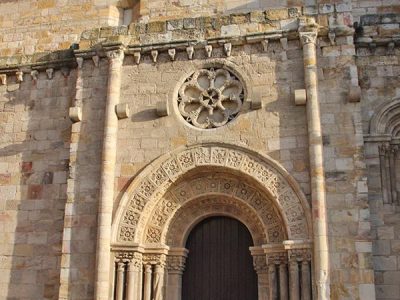 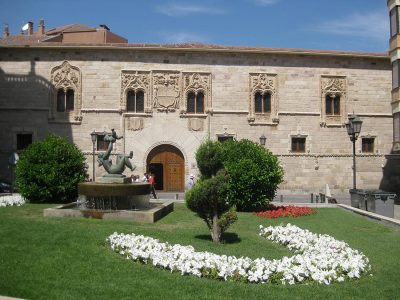