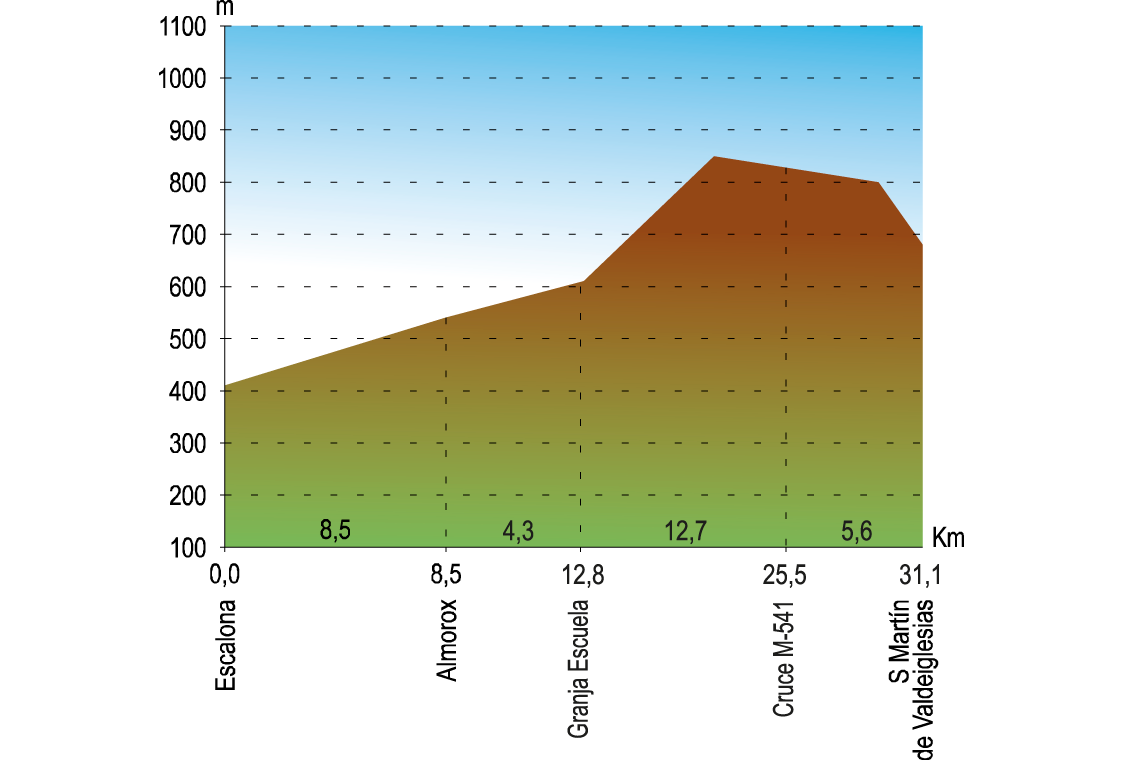 From Escalona exit at Puerta de San Miguel, turn right at Peñafiel Avenue and Los Molinos Street. The ring road is passed over an elevated bridge (we must thank the City Council) for this bridge, as it was asked of Fomento, because the new road cut off the way to Santiago de Levante). It passes by an old bridge, now almost ruined, which crosses the Arroyo Tordillos, once passed the Casa de la Perla in ruins. The path climbs gently up a hillside, and when you reach a cement fence, choose the path on the right that ascends a steep slope. The hill is flattened for 6 kilometres to leave about 800 metres to Almorox.

We have reached the last town of Castilla-La Mancha in our walk. Almorox belonged to the Marquis of Villena and Duke of Escalona. The Town Hall has a beautiful stone façade with masonry forming arcades with five arches. In the Plaza Mayor, severe and harmonious, stands a plateresque Rollo of 1566, one of the most remarkable of the entire tour.

The parish church, dedicated to Saint Christopher, has a magnificent Renaissance façade from 1560.

You leave Almorox on the left sidewalk of the N-403 road, the pilgrim must continue on the left, follow the path that descends, and then at the fork to the right, called from Cadalso to Almorox or path of the Cerrro Cruz crossing the stream Tordillos by medieval bridge. At 1 kilometre you pass under the road to Cenicientos, then head north until you reach the Talavera gorge, a little after the Granja Escuela. Turn right, towards the East, along a dirt road with few houses, many pines, some farmland with vineyards, but above all scrub and pine forest.

After 2.5 kilometres you reach a gate that has to be closed after leaving, cross the N-403 (there is another gate that has to be closed so that the cows do not cross the road). Shortly after you take the North direction and cross the M-507, the track continues until an old road almost abandoned at the height of the Canto de las Tres Cruces, which you access after opening and closing the gate you are at. Continue to the right along this asphalted road, and after about 800 metres there is an open gate, after which you will see on the left a significant gradient, an old firebreak, which you can descend through. You will always continue with the fence on your left, marked with the arrows you already know, some GR posts and yellow ribbons. You reach and cross the road to Pelayos, leave on your left an electric substation, and follow this path. (You have to pay attention to the arrows or the ribbons). At the second fork, choose the path on the right, passing through large granite rocks. Walk along the Dehesa del Canto El Guarro, in a bend you can see San Martín. 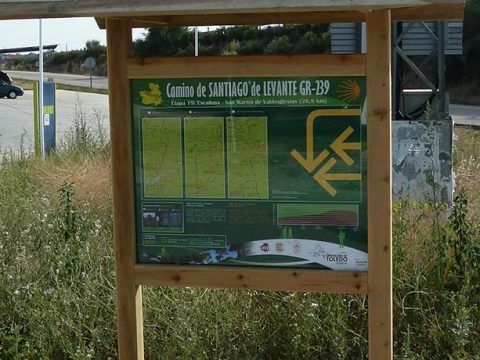 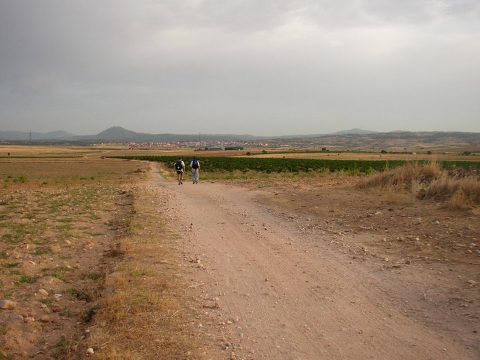 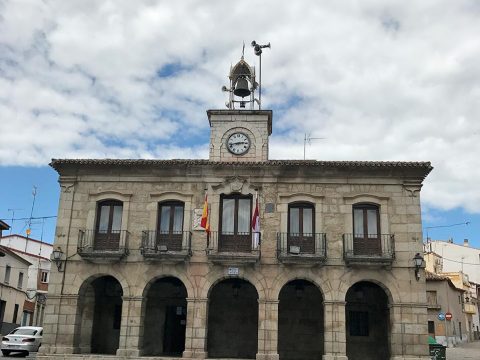 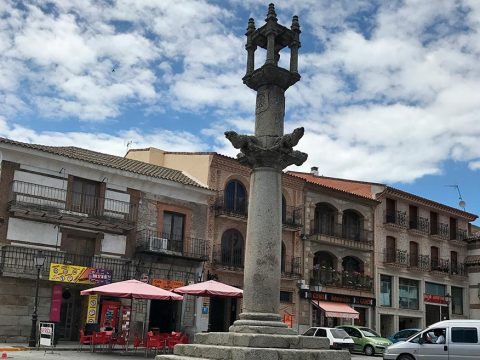 By unpaved road you reach the road that goes to Madrid, you cross it and you are received by the Ermita de la Sangre, you follow the street-path of the Sangre, Lorenzo Santillán y Tenerías street, to end in the church of San Martín.

From the time of Alfonso VIII, San Martín de Valdeiglesias was the head of a region in which monastic life flourished. Its entry into history begins in the 13th century, when a small village was formed around a hermitage under the title of San Martín de Tours. All this, in line with the interests of the Monastery of San Martín de Valdeiglesias de Pelayos de la Presa, which was the true driving force and agglutinator of the colonization of all the monks, giving it the title of Villa, with jurisdiction and privileges.

This Castilian municipality now belongs to the Autonomous Community of Madrid and is linked to the development of the river Alberche.

In the town centre is the Coracera Castle, from the 15th century, which belonged to Don Álvaro de Luna and later to the Dukes of Infantado. You can also contemplate the mass of its unfinished parish church, the work of Juan de Herrera, under the title of San Martín de Tours, from the 16th century.

As you stroll through the streets, you can come across notable houses, such as Las Dos Puertas and Marqués, where Santa Teresa de Jesús is believed to have stayed.

It had a hospital for pilgrims.

The Community of Madrid is almost on tiptoe, barely 15 kilometres, and there the pines will sow shadows and resin perfume along this route. The history represented by the singular castle of Álvaro de Luna, the house of Santa Teresa, the Church of San Martín de Tours, the hermitage of La Sangre and almost in its district, the bulls of Guisando, show the importance of this enclave. San Martín de Valdeiglesias, like the other towns that are crossed, form an environment where different cultures were established and, if you can approach Pelayos de la Presa, you will not forget this small wonder.